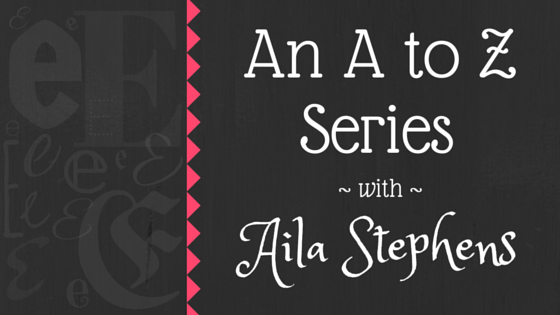 “Without ambition one starts nothing. Without work one finishes nothing.
The prize will not be sent to you. You have to win it.”
– Ralph Waldo Emerson

Word of the Week: Emprise. If you send your characters into new, interesting lands and have them face fantastic creatures – both friend and foe – perhaps they must cross mystic rivers and converse with soothsayers… you’ve just sent them on an emprise, or adventurous undertaking.

Tip of the Week: Editing! Some people absolutely love the editing process even more than they do the writing process. Can you imagine?! For most people, however, ‘edit’ would be a four-letter word, even if it didn’t have four letters if you know what I mean. Whether you love or hate the editing process, though, one thing is certain: it is mandatory.

I can pretty much guarantee if you spend five minutes browsing the samples of self-published books on Amazon, you’ll be able to find one or two where the editing process was obviously skipped. Even some best sellers published by highly credible publishing houses still seem lacking in the editing department; it seems no one is immune. So what do we do? What should the editing process look like?

It’s different for pretty much every author. You have to find what works for you, and there is a lot of advice floating around out there, and in here, that will not work for you. Here are three steps I take while editing that you may find useful to you. [Beta Readers are a vital step, but they’ve already been mentioned. You can read more about my editing process here.]

• Let it be. When you’re done with your draft, set it aside for a week, two weeks, or even a month if you need it. You’ve spent your days and nights with this baby and you aren’t yet ready to see its faults. You need to reset and come back with fresh eyes. This is hard, but can work wonders.

• Print it out. I get sick of looking at a computer screen. When someone first told me to print out a chapter or two and see what a difference it would make on how many mistakes I could find, I scoffed. I didn’t think it would be significant, and to top it off, I figured it a waste of time and resources. After all, once I found a mistake and was editing on the screen, I could just fix it and forget it, right? Turns out, this really works well for me. I see so much more on paper than I do on screen. Plus, it makes my third tip much easier.

• Read it aloud. Yes, I mentioned this last week when I talked about dialogue. Some people will only do this for their dialogue because reading an entire novel aloud is  somewhat daunting and requires lots of hydration. I suggest settling in with a bottle of water and doing it anyway because you will hear errors your eyes will never see. Not only will you find grammatical errors but sometimes things just really sound weird even when they’re grammatically correct.

Resource of the Week: During B Week, I talked about a mind-mapping site that could help you organize your thoughts and ideas. This week, I bring you Evernote! Need to make to-do lists on something other than a scrap of paper you’ll lose faster than it took you to find? Evernote has you covered. See something while browsing the web that motivates you, or is a vital piece of research? Evernote has your back on that. Want to create a library of images of inspiration sources for your stories or characters? Yep, Evernote is going to do all of that and more and tie it up in a nice, neat package that you can access from anywhere. Want to collaborate? You see where I’m going with this, right? Evernote is such an amazing organizational tool you’ll feel like you’ve hired an assistant.

Spotlight of the Week:  It didn’t take me long to decide who I wanted to interview for E-week. I knew it would sort of be breaking the rules because his last name maybe-probably-didn’t-surely-wouldn’t start with an E, but I’d always thought of him as somewhat enigmatic and someone people would love to know more of. If you don’t follow Entrebat on Twitter, you are missing out! [Facebook] [Google+] [Blog] Without further adieu, I am pleased to introduce you to Gary Weller!

Gary E. Weller is a Role-playing Game enthusiast, recreational traveler, and lover of all things geeky from Tucson, Arizona. Between regular office work, life in the desert southwest, doting on his two cats, and wife, he writes poetry, flash fiction, short stories, and other musings at his blog which he affectionately calls, ‘The Repository.’

1.) What inspired you to write? What genres come easily for you and which ones are most difficult?

I’ve always wanted to write. I’ve been making up stories since I was little. I think I was fascinated by my mother’s typewriter and the sheer presence of it. I don’t remember the model, but I remember smelling the ink and the machine oil. I remember the weight and bulk of it. Mostly I remember the sound of the keys and the mechanical levers moving to press out my words onto white paper.

The genres that come easiest for me are Sci-Fi and Fantasy. I grew up reading them. I always wanted to rush into those other worlds in order to escape my mundane existence. Southern New Mexico and West Texas held no sway in comparison to where Piers Anthony or Poul Anderson could take me.

Comedy is difficult for me to get right. It is a beast of its own making with up’s, down’s, and a timing that I sometimes just cannot comprehend. While I appreciate what comedy writers can do, I often fail at replication of their talents. Often it comes off as middle-aged cantankerousness when I try to be funny in prose.

2.) What does your editing process look like? Do you have any tips?

My editing process consists of holding myself at bay to hit the ‘launch’ button. My truly successful stories have been written over a week’s time and then left to stew. When I come back to read it, I can find the flow much better than when it was fresh.

Barring that, reading the piece aloud certainly helps. Odd uses of wording come out rather easily when translating the words into sound. Dialogue that sounds off can be noticed as well.

3.) Do you have a preference on when or where you write?

I like to write early in the morning, when the world seems to be sleeping. It’s just me and the words then. We commune over a cup of coffee and begin our work into something magical. It doesn’t matter what I’m writing because it is the right time to do so. It is the release of energy that comes from the universe through me to the page.

4.) Would you rather have breakfast with Poe, Whitman, Bronte or Melville? What would be your first question to them?

I think I would identify more with Poe. He has a melancholy that relates to me. The morass of dankness that surrounds his stories is on par for what I see around the world if I let my mind go into that mode. I can sense the wickedness and insanity that seems to hide under the furniture along with the motes of dust.

The question, I wouldn’t know where to begin with a question. I’d almost be afraid of the answer I might receive. He lived in a hard time and suffered ill consequences. I can’t help but wonder if he saw any light at all.

I attended 13 different schools during my 12 years of public education. Yes, my mother moved around a lot. I have no clue as to the whys and wherefores of the various jaunts. I never bothered to ask. It has put wanderlust in me though. I’ve been in Southern Arizona for close to 20 years and I’m itching to go on a major walkabout.

Thank you for joining me for E-Week! I hope you’re enjoying this series as much as I am and will return for a Fun and Fabulous time next week!