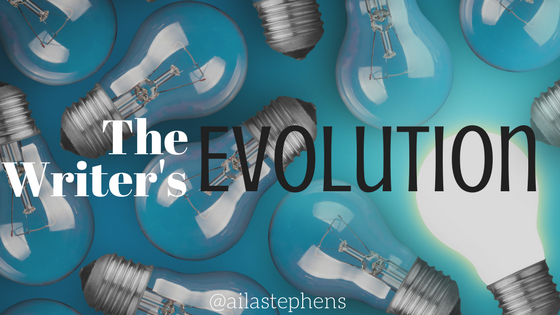 The only kind of writing is rewriting.
-Ernest Hemingway

As you know, I have been a horrible writer lately. I’ve got a lot of really terrible excuses and absolutely no good reason. My amazing clicky-clacky keyboard has been silent and at best I’ve managed just to tinker around with a few ideas on my iPhone for down the road.

Well, last night I fired up my desktop computer for the first time in ages and decided it was time for me to pick up SLT’s sequel just to remind myself of where I’d left off, and the first thing I stumbled upon was the first draft I’d written of the first fifteen or so chapters—all of which were scrapped. I read little bit of them, horrified at my utter lack of talent. It was so bad. So very bad.

And then I remembered how it was so bad because it tied in with the really lackluster first ending to Sex, Love, and Technicalities, because I started writing the sequel approximately 15 seconds after I finished the first draft of SLT. In fact, it was only after I had done a million (or so it seemed) rewrites of SLT that I scrapped all of the original work for SLF. (F standing for Formalities).

I remember having read it a while back searching for any usable bits and finding none. My story, their story, had evolved. It had gotten even darker and crossed an ocean. I had to take it further than I did the first book, because for me that’s what sequels should do. Up the ante. Push the envelope. [Enter your own personal favorite trope here.] And why is this?

Because your characters have hopefully changed from the beginning of the first book to the end. Because you, the writer, have decided to continue their story with another book and now you must make them grow and change again to satisfy another book. That means the challenges and heartaches must be bigger, and they need even more to lose. What motivates and drives them over the course of the next book must evolve.

And hopefully we, as writers, have evolved. Which brings me to five ways to tell you’ve evolved as a writer.

1.| You’re kind of over the first-draft euphoria. Don’t get me wrong, I adore writing a first draft. It’s carefree and the rules are all but thrown out just so you get those words and thoughts down. But, when it’s your first first draft, it’s all too easy to think every word you’re putting down has the Midas touch to it. Rewriting will fix that, and now every first draft—while still fun—comes with the knowledge that a sizable chunk will be tossed in the bin.

2.|You hate that you want criticism. I am not a fan of being told that what I’ve written needs to change. Especially after I’ve rewritten something a few times, but for those of us who want to write for consumption, we aren’t really writing for ourselves. So, now, instead of handing off work to someone for a critique and hoping they send it back with nothing but paragraph after paragraph of nothing but words of adoration, I actually hope they tell me…the truth.

3.| You have less time for ritual. I thought I couldn’t write unless I had a cup of tea, or my favorite shawl draped across my shoulders, etc. etc. That isn’t to say I don’t love having my favorite tea or whatever, but I’m okay with it if I don’t. Lady Grey isn’t writing my novel. I am. I don’t need her.

4.| You seek education. I’m not necessarily talking formal education, either. But rather you find yourself expanding your reading habits, whether it’s crossing genres or turning the pages of classic novels you haven’t read since you were forced to in high school. Or maybe you actually participate in a writing group if you have one. And maybe you seek an education in other areas of writing. The business side. The (ugh) marketing side. A popular vlogger and author turned me onto SkillShare and I love it! Another of my favorite pastimes is going to thrift shops and browsing their books. If I see a fairly recent edition of a college textbook in an area that will benefit me as a writer, I will pick it up. In fact I picked up a book on strategic writing this past weekend for twenty-five cents. Yes, please, and thank you.

5.| You walk away from your comfort zone. It’s hard, I know. And maybe I’ve not quite done this step yet, instead of walking away I’m still just tiptoeing and occasionally I keep pausing and looking back. This step is going to be different for everyone because we each have our own comfort zones. If you read my last post, you’ll know that for me this means I have to start marketing. For you it might mean you need to seek out beta readers because you haven’t quite gotten to point number deux up there. Maybe you’re really frugal and also bad at design and stepping out of your comfort zone is shelling out the dough for a professional cover or internal layout.

Bonus points if you’ve come to realize the fact you’re not likely to be the next Stephen King or JK Rowling, but that doesn’t stop you from doing this.

How have you evolved as a writer? Let me know below!

2 thoughts on “The Writer’s Evolution”