All our knowledge begins with the senses, proceeds then to the understanding, and ends with reason. There is nothing higher than reason.
– Immanuel Kant

Since grade school, we’ve known about the five senses. We know the general functions of them and why they matter…what we weren’t taught in grade school was how to write about them.

It might seem easy, but evoking the five senses in your writing can be terribly difficult.

When you’re writing deep into someone’s POV, you shouldn’t use the obvious words:

I will schedule a blog post about getting deep into POV at some point, but there is plenty of information on the ready out there already.

Obviously, setting the scene is important whether you’re writing Women’s Fiction or a Dystopian Fantasy.

Don’t Describe Everything | How annoying would it be if the book you were reading had its characters going for a walk through the woods and the author described every stinking tree?

…then Denny and Suzette passed the sycamore tree which was thirty-six feet tall, and had four-hundred little branches, next to it was a small crop of magnolia trees, with white blossoms and three birds’ nests. One was a red bird, and the other two were pigeons, or at least they looked like pigeons, but Denny wasn’t too sure.

None of those details were important to the story, so don’t bog your readers down with information they don’t need. It’s one thing to set a scene, but if you find yourself describing every tree in the forest, you’re describing far too much.

Take the time to describe the anomalies. For instance, in Alabama Rain, my characters go through a walk in the woods, and while I don’t describe the trees, I do describe the absence of trees in the middle of the forest, and a nearly-dried up creek running through the middle. I also point out that there are dozens of little blue flowers–which is significant since they’re in the middle of a drought.

Tighten Up | This is good advice for all aspects of writing, but here’s what I mean:

Your readers will know the clouds are in the sky, where else are dolphins going to swim, and where else do tree roots trip people? Save your words. 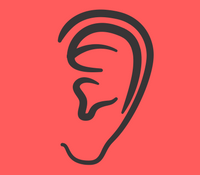 Very few scenes are silent. In the city cars are always honking, in the country, the birds are almost always chirping. Evoking sounds can help set the scene in your story.

Get Beyond Volume | This goes hand-in-hand with showing vs. telling.

Don’t tell me the orchestra is loud, let the timpani rumble the seats.
Don’t tell me someone whispered softly…for that is the nature of a whisper.

Smile, You’ve Got Similes | If you can’t think of a way to describe the way something sounds, you can fall back on a simile.

The violin hummed like a songbird.
The emergency test on the radio screamed like a toddler on a plane.

Sometimes a Touch is a Touch | Does the thing’s texture need to be described? If you’re in the middle of a poignant scene, where a father and son embrace for the first time in years…do you think it matters that the son’s sweater is soft? Probably not.

Good or Bad | I’m not necessarily talking that sort of good touch/bad touch. (That’s another blog post for another time) but the sensations you assign to things can have them go one way or another:

Nostalgia | Nothing can stir someone’s memory like the sense of smell. Every time I smell bacon frying, I instantly think of my great uncle John, who carried that aroma deep within his clothes.

The sense of smell is so strong (for most people) that you can convey a lot while saying very little:

The warmth of cinnamon wafted through the house, as grandma had set a pie to cool on the windowsill.
As the children leapt from the bus, they delighted in the return of freshly cut grass–a sure sign that Summer was fast-approaching.
His cologne overpowered the entire theater.

Food & Stuff | Most of the time you describe the taste of something, it’s going to be because your characters are eating or drinking. Describing the way everything tastes is probably unnecessary. If it is important—such as your MC is a chef and it’s part of their job—or it’s the first time they’re tasting something, then it’s probably okay to describe it.

It can be hard not to use “taste” when describing the flavor of something, but it’ll read much stronger if you get the hang of it:

As you start your editing/revision process, be mindful that you’re using all five senses to help ensure you’ve got a balanced approach to scene-setting.

That’s all I’ve got today.

I’ve got a fantastic series of posts coming up with an awesome giveaway hitting the blog in April, so please, please, please hit that subscribe button and share my blog with your friends.

Maybe afterwards I’ll finally give in and write about dialogue.

Have a great week my lovelies! 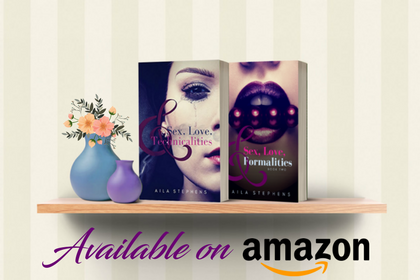 2 thoughts on “Let’s Talk: THE SENSES”