Ah, Monday. I both love and loathe them.

I know there’s some debate on what is the first day of the week. Some people say it’s Saturday, some Sunday, and some believe it’s Monday—and I’m one of them.

I love the opportunity to start anew. Who doesn’t? That’s one of the reasons we celebrate our birthdays, isn’t it? It’s definitely the reason we celebrate January 1st. Mondays are a little snippet of newness. Last week is over, and now we’re in a new one.

On the other side of that coin, Mondays are the end of the weekend. The end of leisure time, the beginning of work. No day of the week is as unloved as Monday, there are all kinds of memes dedicated to how wretched Mondays can be.

You can see my conundrum.

Let’s focus on the positive newness, though. New things are usually positive, right? And what’s more prolific for a writer than the new idea? Those are awesome, aren’t they? We even have a name for it when they come in droves: Shiny New Idea Syndrome.

Shiny new ideas are great until they aren’t. Like when they make it damn near impossible to work on your current project.

Shiny new ideas are the destroyers of concentration, aren’t they? One minute you’re bee-bopping along in your manuscript and the next minute▬BAM▬you’ve got an idea for your next best-seller.

Suddenly, what you’ve been working on has lost every bit of luster it once had, despite the fact that at one time it was your shiny new idea and you were convinced that it would be your best idea ever, but here you are with tens of thousands of words in front of your face and that little nugget in your mind that flew off into left-field is the center of your focus.

This can be crippling. Two common outcomes of this intrusive idea are:

Abandoning Your WIP | How many projects do you estimate have been abandoned for the pursuit of one of these new ideas, only for that idea to be abandoned after yet another idea pops up, and another, and another—until that writer is left with a half-dozen unfinished projects they now have little-to-no interest in, and no gumption to complete them.

Forgetting Your Idea | Those fickle little beings said to give artistic-types their ideas are known as muses. We’ve established those ideas can come at inopportune times, but if you don’t know, for many of us those idea are also fleeting. True, some ideas stick with you no matter what for a long while, but not all of them. I don’t know of any writer who can honestly say they’ve never forgotten an idea however large or small. Many of us keep journals by our beds because ideas have a tendency to leave as quickly as they come.

You needn’t be afraid, though. You can have your cake and eat it, too.

The first thing you need to do when you get one of these slippery shreds of brilliance is acknowledge it. Ignoring an idea while it’s scratching away at the surface is a surefire way to frustrate yourself and then you’ll only be half as dedicated to your current work.

Now, just as every writer’s process is different, your approach to the shiny new idea will likely vary as well. I don’t pretend to have all the answers, but I’m about to share how I deal with it.

Jump to the chapter and insert a note. Word makes this easy, and I’m told Scrivener does, too. I used to write these out in a notebook instead of inserting notes into my manuscript document. But guess what? Sometimes my laptop and my notepad aren’t in the same location. Sometimes they’re not even in the same state…yes, I left my notepad at my parents’ house in Georgia. If I didn’t have these notations made in-document, I’d be a little screwed.

Write potential scenes in a fresh document. I save my manuscript document for things I’m more or less sure are staying in the completed work. Of course I edit things out eventually…but sometimes I get an idea for a scene and I’m not exactly sure where it’ll fit in or if it will fit in at all, but I am convinced it might so, I write it out in a fresh document. (I also keep every scene I delete, too. You never know when these ideas will come in handy.)

Discuss with critique partners. Sometimes mentioning something to someone else who is familiar with your work will tell you if the idea is worth pursuing. Hopefully you’ve got a partner you trust to tell you the truth about your work and ideas instead of someone who just says yeah, that’s great! Awesome! Fantastic! You’re the next JK! If the idea won’t work, they’ll let you know.

Pause and reflect. Sometimes an idea comes to me in something resembling a book title. If that’s all I have gleaned from my muse, I jot the name down in either a physical notebook or the notepad on my phone (where it will ultimately end up). If the idea is something more, I make a whole new file for it and I write what I know.

I used to block out a half-hour to free write. But, that never worked out well for me. I’d start falling in word-lust and all I’d want to do is write the new thing. Generally, all I allow myself now is a working title, if it’s come to me, and a few bullet points of information. i.e. Setting, time period, my one-sentence plot. (Something like: Woman seeks revenge on animal abuse ring.)

Utilize down time. Have I hit my word count goal for the day? Maybe I’ll devote a little time to the new idea. This is helpful for me if the idea keeps nagging at me while I’m trying to write my current project. This makes working on the new thing a sort of reward for continuing on with my current thing. It works for me.

Setup my boards. You might recall me telling you how I create a Trello board for each of my projects. If I am absolutely convinced my idea is one I want to pursue, then I create a Trello board and a Pinterest board where I start saving aesthetics for the project. The Trello board allows me to begin organizing and reorganizing my ideas while allowing me to access them wherever I am. The Pinterest aesthetics help keep my interest high in the project, while allowing me to continue on with what I’m already working on.

I  wrote a whole post about refocusing last week. Trust yourself and your writerly instincts. If you’re prone to a swath of new ideas when you’re nearing the end of a project, like I am…you’ll never finish anything if you keep giving into them.

Chances are this idea you’ve had is not going to be written as-is. Let’s take the project

next on my docket, Underthings, for example. The idea I initially had is a far cry from the project I’ve been setting up these last couple of months.

Once I admitted how vastly different my own projects have turned out from the ideas they started as, I realized there wasn’t a lot of point in devoting my time to a new idea when I’ve got a fully-fleshed project to finish. Ideas need time to grow.

Or time to die.

Another truth we need to face is that not every idea is going to work. For instance, about six years ago I started working on a project centering around a woman who was a house-sitter. I think I got about 30k words into it before I realized it was super boring and needed to be scrapped. Maybe it was my inexperience at the time, or maybe because I was never really in love with the project…but the idea needed to perish. So it did.

That’s enough from me. How do you handle a pesky new idea that comes when it isn’t exactly convenient?

Next Monday I will again be hosting a special guest on my blog while I am wrapping up Alabama Rain. I am pleased to have Vania Rheault on board. She’s got an excellent post for you on the importance of reading. I’ll see you in a couple of weeks, friends! ♥♥♥♥♥ 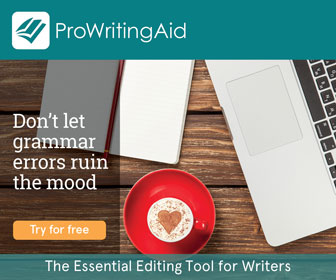