We know that in September, we will wander through the warm winds of summer’s wreckage. We will welcome summer’s ghost.
-Henry Rollins

I’m so freaking glad it’s September I can barely see straight. I know that technically it’s still summertime. It feels like summertime outside…though we did have a glorious “False Fall” a week or two ago.

If you’re unsure what “False Fall” is, it’s a thing here in The South where it’s late August or early September and for some reason the temperatures fall drastically and suddenly. We go from being 70°F in the early morning to 55° and instead of 95-100° in the peak of the day, to 75° at 2:00 in the afternoon. It’s a grand escape from the treacherous heat and humidity we’ve just grown accustomed to and it also sets off all the local restaurants to offer pumpkin spice-flavored everything. Lots of ladies break out the sweaters and knee-high boots, and everyone—despite knowing better—tries to convince themselves that it’s true Fall weather come early.

We’re out of “False Fall” now, back to our regularly scheduled blistering heat and stupid humidity. But, at least it’s September. Unfortunately it’s a reprieve that lasts usually a few days to a week, but if you don’t grab the opportunity to dine al fresco at least once…well, you’ve missed out on something special.

September is always a busy month for me, and this one certainly seems to be no exception. In no particular order:

My birthday is the 29th.

My husband’s birthday is the 16th.

Our 14th wedding anniversary is the 17th.

Two of my siblings-in-law have birthdays on the 13th.

I have a family reunion…on my birthday.

The husband starts a new job on Monday.

And…the reason this post may seem a little rushed today is because I am preparing for new bedroom furniture (and waited on a mattress delivery yesterday) and, well, totally lost track of what day it was yesterday. So, tonight I get to assist in putting together a new bed (I’ll share some pictures once everything is all set up and decorated prettily.) but sleep on the couch because we bought one of those super cool hybrid bed-in-a-box things that has to “breathe” for 24-48 hours. I’ll be a little shocked if the husband doesn’t spring for a hotel room by midnight.

And, I’ll be honest, I’m still recovering from my horrible August, which is why I’m not making any concrete goals for writing and why I’m trying so very hard not to punish myself for not publishing Harlot this month. Or, perhaps, even this year. In order to do right by that book, I have to do right by me. So…here we are.

It’s still a story I want to tell. A story I will tell. To help give myself a little nudge, I thought I’d share some excerpts from the manuscript. They’re unedited. Completely raw.

First is one to introduce you to my main character, Charlotte. She and I have something in common: our love of fall. Remember, these excerpts are unedited:

Otherwise, the view from the schoolhouse’s eastern window could soften the hardest of hearts. In the summer it was all green and lush and the mountains parted in just the right way so the schoolmarm, Charlotte Grady, had forewarning of storms before they rolled in, as they often did. Springtime left the hills awash in pink mountain laurel and daisies dotted the valley with promises of a fresh start—something Charlotte had long searched for. Winter was cruel most years, bleak and cold and even if there wasn’t snow there was plenty of ice and the sky never seemed blue. But even the frigid grip of Old Man Winter wasn’t without silver linings: Christmastime and snowmen, knitting by the fire, and somehow the stars shone brighter.

But it was autumn, Charlotte’s favorite time of year. Apples were sweet and plentiful, which meant baked apples, apple pies, fritters, butters, sauces, cakes, and brandy—though that was a treat she had to enjoy in secret, what with a teacher’s propriety after all.

It was October. One-thousand, eight-hundred, and eighty-eight years after the death of Jesus Christ, to be exact. The Lord’s spirit had again seen fit to turn the leaves brilliant hues of orange, red, and yellow, carpeting the earth beneath with soft new padding, which made cool afternoon walks easier on one’s feet. And the aroma! Damp earth and fallen leaves mixed with the fragrance of smoldering wood coals as the menfolk smoked hogs and deer to get their families through the dreadfully cold months ahead.

If Charlotte were written in the modern day, she would most assuredly be first in line at Starbucks for a pumpkin spice latte. In fact, she was ahead of her time, as way back in 1888 she takes her coffee with a dash of cinnamon.

Charlotte was raised by a fiery Appalachian Granny Witch named Inez. Inez has a bit of an inflated reputation with the locals…and she likes it that way.

A black cloud, of which people so often spoke whenever they’d raised Inez’s famous ire, darkened her narrowing eyes. The old woman’s hands, spindly and knotted at the knuckles, tightened around her steaming cup.

Charlotte was certain it would crumble. “Gran, calm down.”

“Calm? What has that dissolute bastard done now? I thought we were done with him years back.”

“I’ll do no such thing. He ruined you, wee one. Perhaps you have forgotten, but I never will. When you came back? How you wept and would not eat for weeks, not a crumb nor scrap. Skin and bone, dead eyes, not a single thing even I could do—which is saying something. I’ll be damned if I see you go through that again.”

“You never even met the man.”

“Jesus, Gran. Can you just listen for a second?”

…[truncated to protect from spoilers]

Inez’s face twitched and a faint hiss, almost feral, sufficed to convey what words could not. She stood, the feet of her chair scraping hard against the floor, and began shuffling through the various jars and bottles and bobbles within arms-reach.

“What on earth are you doing?” Charlotte asked.

“Well, you’ve not left me with much time to concoct a proper poison. I’ll have to improvise. That devil-man may get to keep his filthy dangler, but I’ll be damned—”

“Inez Euphemia Grady! You should be ashamed!”

“Well, I’m not,” Inez said, examining the label on an amber bottle. “Who is this painting of, anyhow?”

“It’s of who?” Inez asked, sniffing some nettles.

“My mother. Turns out I’m the spitting image of her and you never told me that.”

Inez sank onto a chair. “I knew this day’d come. Just sort of hoped I’d be dead first.”

“Japan. That’s where it comes from.”

Charlotte nearly jumped out of her dress. “My apologies,” she said struggling to find the speaker. “I’ve just never seen anything like it. It’s gorgeous.”

“Well, of course you haven’t, darling. You’ve never been to Japan. It’s a fascinating place, truly.” The lady approached Charlotte. “You must be Ms. Grady. Between my cousin Mattie and her husband Robert, I’ve heard a number of quite entertaining stories about you. My apologies for greeting you in her stead.”

“That must make you Lilith.”

“She said you were smart. She failed to mention, though, how absolutely gorgeous you are. Look at all that hair, that skin. And your figure is—well, let’s just say you haven’t had any children, have you?”

Charlotte touched her skirt, just to remind herself she was wearing any clothing at all. “I haven’t had the honor.”

“Why, if one were to listen to Mattie, they’d believe you to be altogether an ogre, but here you stand before me pretty as a peach blossom.”

“She isn’t fond of me, no. Which is why I am puzzled by her requesting I come here today.”

Lilith let out a dainty chirp. “Heavens, no she isn’t, is she? But her request was on my behalf, I’m afraid. And it wasn’t so much a request as it was a…demand.”

And just like that, that dazzling, shimmering room, lost every ounce of luster. “A demand?” Charlotte linked her fingers behind her back. “Why is that?”

“Well, you see, as my dear Mattie droned on and on and on about you, and as her husband defended you, and the more they argued…the more I learned about you. And despite the many faults Mattie pointed out, one thing about you became undeniably true. You are brilliant, are you not? Some might go so far as to say you’re a true savant.”

“I believe all of that was grossly overstated. I’m just a simple teacher.”

Lilith plucked a bright orange-pink lily from the Japanese vase and pushed the stem deep into Charlotte’s hair, tucking it around her ear. “A simple teacher fluent in French and so adept with arithmetic, science, and philosophy that you once enthralled the dean of…oh, I forget the school, but he invited you to study at his campus just for the sheer opportunity to know you better. I hear that drove Robert particularly mad.”

Charlotte removed the flower from her hair and returned it to the vase. “Just as I suspected. Overstated.”

“I don’t think so,” Lilith said, retreating into the direction from which she came. “I’ve asked around, and you’re the best from what I can tell. Which is why I’ve decided our Mary would greatly benefit from your tutelage.”

“Yes. She’s only ten. Perfectly impressionable. You’ll do wonders for her—she may even stand a chance at enrolling in Brillianmont. It’s in Switzerland. Very exclusive. You’ll help her get there.”

Okay, I lied. There’s one more. Here’s a little something that will give you an idea about Bernice, the older maid in the Vandefort household. It’s probably best not to get on her bad side.

“And don’t you think I don’t know ‘bout you runnin’ your mouth to Miss Lilith about ever’thing and an’thing—you says one word ‘bout this and I’ll reach down deep inside ya, until I’ve reached your breakfast, and then I’ll yank out your gullet, you hearin’ me?”

So, that’s pretty much my September: birthdays and anniversaries, reunions, waiting on Fall to truly get here, and writing in this wonderfully dark and romantic story.

In the coming weeks I’ll be sharing a lot of my autumnal adventures, but I’ll also share more snippets from Harlot, too.

Until next week: happy reading and writing, loves.

Want to support me and my work?

Alabama Rain | Sex, Love, and Technicalities | or Buy Me a Coffee 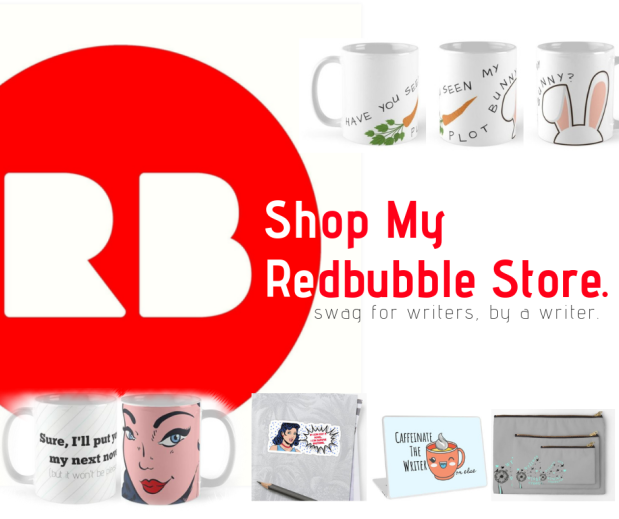